The Westfield Redevelopment Commission issued a request for proposals on March 3 seeking either a buyer for Grand Park or someone to enter into a public-private partnership to operate the park. Proposals are due June 22. Sixteen companies have submitted an intent to issue a proposal, one of which is Card & Associates. 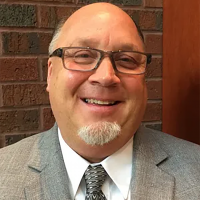 Proposals have also been submitted by California and Florida. Card & Associates is the parent company of several sports operating and management companies, including one that owns and operates the Pacers Athletic Center in Grand Park.

“My approach is to buy it and then operate it through our operating and management company,” Card said. “The city has done a great job, but I don’t think in today’s environment you can rebuild Grand Park. I think, in my opinion, the city is ready for someone to come and go to the next step.

Card declined to say how much he’s willing to pay for Grand Park. According to a Westfield City Council finance committee presentation, Grand Park has an estimated net worth of $200 million.

“It’s what we do and everything we do. We find land and work with the local community, and we build public-private partnerships with them,” Card said. “We do development, finance, build and design, and then we stay and operate (the business). We are very unique in what we do. Most people bidding (for Grand Park) that I can tell are either managers or operators. They don’t necessarily own brick and mortar.

“What I can say is that we are quite unique in the whole group.”

Card said if Card & Associates is selected in the bidding process, the company would build on the success of the Pacers Athletic Center, which hosts national tournaments such as the Nike EYBL, Under Armor Association Championship, Adidas 3SSB, USA Basketball US Open. Championship and the Jr. NBA Midwest Regional Championship.

Card said he would also like to develop the sporting side of Grand Park. He envisions baseball stadiums and more sports facilities if his proposal is accepted.

“I believe that to make Grand Park all it can be, I believe it needs to be locally owned and managed. I already have a big asset in Grand Park,” Card said. “I am already invested in Westfield and have many reasons to ensure Grand Park becomes all it can be as a local operator. We care about Westfield, and Grand Park is key to Westfield’s future.

“Local ownership is going to make Grand Park the best it can be. That’s why I want to buy it. I can expand on the great work the city has already done.

Card entered the sports operations business when his sons were in high school playing travel basketball. He noticed that some facilities were state of the art and others lacked basic comforts like air conditioning.

“I’m like, ‘Oh, my God, this must be a business.’ I could see the synergies of being able to have huge facilities with multiple indoor grass courts and pitches, so you don’t have to succumb to the weather and the heat and all those types of things,” said said Card. “It has to be a viable business.”

Card eventually came up with a business plan and worked with Grand Park staff and built the Pacers Athletic Center, formerly known as the Jonathan Byrd’s country housein 2015.

“And here we are, a nationally recognized company and truly a leader in operations,” Card said. “Our expertise is operations. It’s what we do best in everything we do. Our facilities are magnificent. They’re big, but our operations are so good that’s been the key to our success.